Last weekend was the beginning of my journey for my 2nd 2017 TRIFECTA. This race took me to Marston Lodge which is a good hour away from London so not that far. The first obstacle was getting to the event in time to volunteer as I had signed up to help out on the early shift and race after. My immediate plan was to travel up early on the Friday evening and try out the new camping feature available to the UK. I arrived around 5pm with my tent (borrowed and not checked from a work collegue) and my sleeping bag. After staring at my the various parts of my tent for about an hour, I managed to assemble what could only be compared to a coffin! It was tiny and one of the poles was damaged. Biggest lesson learned: always check your equipment! Regardless I was excited to get through my first evening on the ground and get up bright and early to volunteer for the first time!

My first nights “sleep” wasn’t the best. It was freezing outside and apparently counting sheep doesn’t work. Being as unprepared as I was, I didn’t bring food or water to the campsite with me, so I was hungry and pretty dehydrated; ideal on race day! The volunteers all started waking up early to get ready for a pre-game briefing and our lunch bags; yes food and water! I was a happy man again. After splitting the group into sections to be placed around the various course obstacles, I was assigned to my post: The Barbed Wire Crawl. 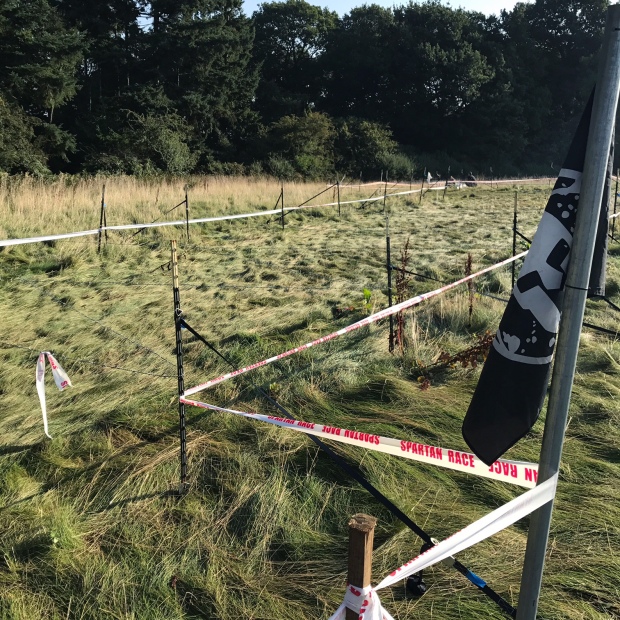 This was quite and easy and rediculously fun obstacle to manage. No one failed to get down and dirty so we didn’t need to dish out punishment burpees and after the elite and competitive waves passed within the first hour it was a whole bunch of fun. From untangling people’s hair from the wire to giving advice to less seasoned racers, I really did have a great time. Plus the weather was spot on so there wasn’t much I could complain about. As the clock approached 1pm the course staff come to collect you if you are taking part in the race yourself…hell yes I was. Time to get back to the tent, changed and ready to run!

This was the Super so I was expecting a great race. The Super has always been my favourite Spartan Race distance as it generally has around 12-15km of running and all of the obstacles in that distance, which is perfect for me. The weather was miles better then at the Edinburgh Beast so I was raring to go. The event village was packed and had the regular food and merchandise tents to peruse and the atmosphere was great. The biggest reason for this is the fact that Spartan Phil made his return! All of this years races were lacking a proper MC to get the crowd revved up and ready to attack the course. He makes a major difference and really sets the mood. After the usual Spartan pep talk we were off. Here were the highlights of what was a brilliant Spartan event: 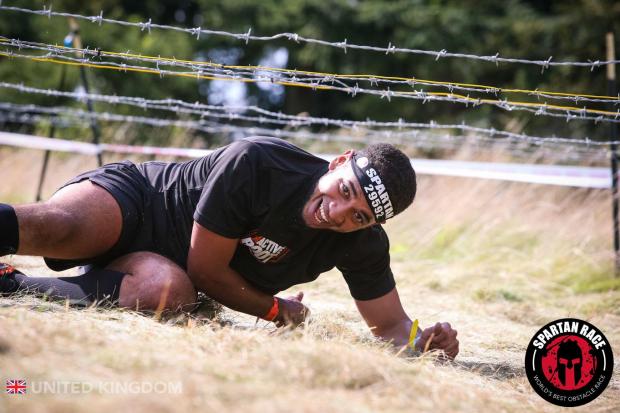 I really enjoyed this event. Even though my night wasn’t the best before race day, I highly recommend volunteering, getting out there spurring on other runners and then racing after. It is definitely a direction I will take on any race day I can now. Camping is fun and there is certainly a good vibe in the campsite, even after the race is done. The course was well mapped out and had plenty of variation from running to obstacle. I felt great on the day and I do believe that played a big part in my outcome. My final time was 2:55 which still netted me in the top 20% of runners on the day so not the best but by far not completely disastrous. With 2 more Spartan races to go this season, I can’t wait for the end of September when I complete my first back to back race weekend. Just the Windsor Beast and Sprint to go!

Did you take part in the Marston Lodge Spartan weekend? What were your thoughts? What was your favourite and worst obstacles? Will you be at Windsor to complete your TRIFECTA? Let me know in the comments below. Share, like and subscribe to keep up to date with The Urban Challenger!