On April 9th I took part in my first Spartan race. It was amazing. It was the sprint version of the popular OCR with nearly 2500 people in attendance. The Spartan series of races are divided into 3 types: The 5k Sprint (we actually had to do 7k due to the course), the 13k Super and the really tough one, the 20k Beast.

First things first, this race is short enough that anyone who wishes to compete in it can, but it’s still challenging enough for those of you that are fit, to have a great challenge in front of you. As with most races nowadays, challengers are released in waves of about 150-200 people at a time. It was organised very well. Queues were short for bag drop and collecting your headbands (it seemed as if there wasn’t even a line as I went straight through due to my fast-track ticket). This probably came down to the fact that they clearly divided competitors well. Pre race competitions such as who can get the most tire flips in 30 secs sets the tone and get everyone buzzing for the task ahead.
There was a slight wait around time (especially on the Atlas Balls) but nothing to drastic to take away from the race. Usually Spartan races take place over suburban terrain meaning water, mud and hills. Being in the center of London, we generally lack these things. It did have me slightly suspicious of how they would really challenge us during the race. Don’t worry, they found a way. Taking you up and down every staircase around the Olympic stadium, through unpredictable fountains and along muddy grass areas (underneath barbwire might I add), they found a way to make it challenging and messy.
Tasks are evenly placed along the course, and the variety was unpredictable and fun. Failing a task meant you were penalized with 30 burpees (not cool). Small tasks like 30 box jumps (hidden down a flight of steps) and carrying a bucket full of rocks up and down a hill keep you active, moving and tired!! Crowd favorites like monkey bars and 8ft walls were all included. The sportsmanship among competitors was brilliant as you had people helping each other out when they spotted other in trouble. Climbing an 8ft wall isn’t the easiest thing for everyone, but knowing someone is there to give you a boost goes a long way. 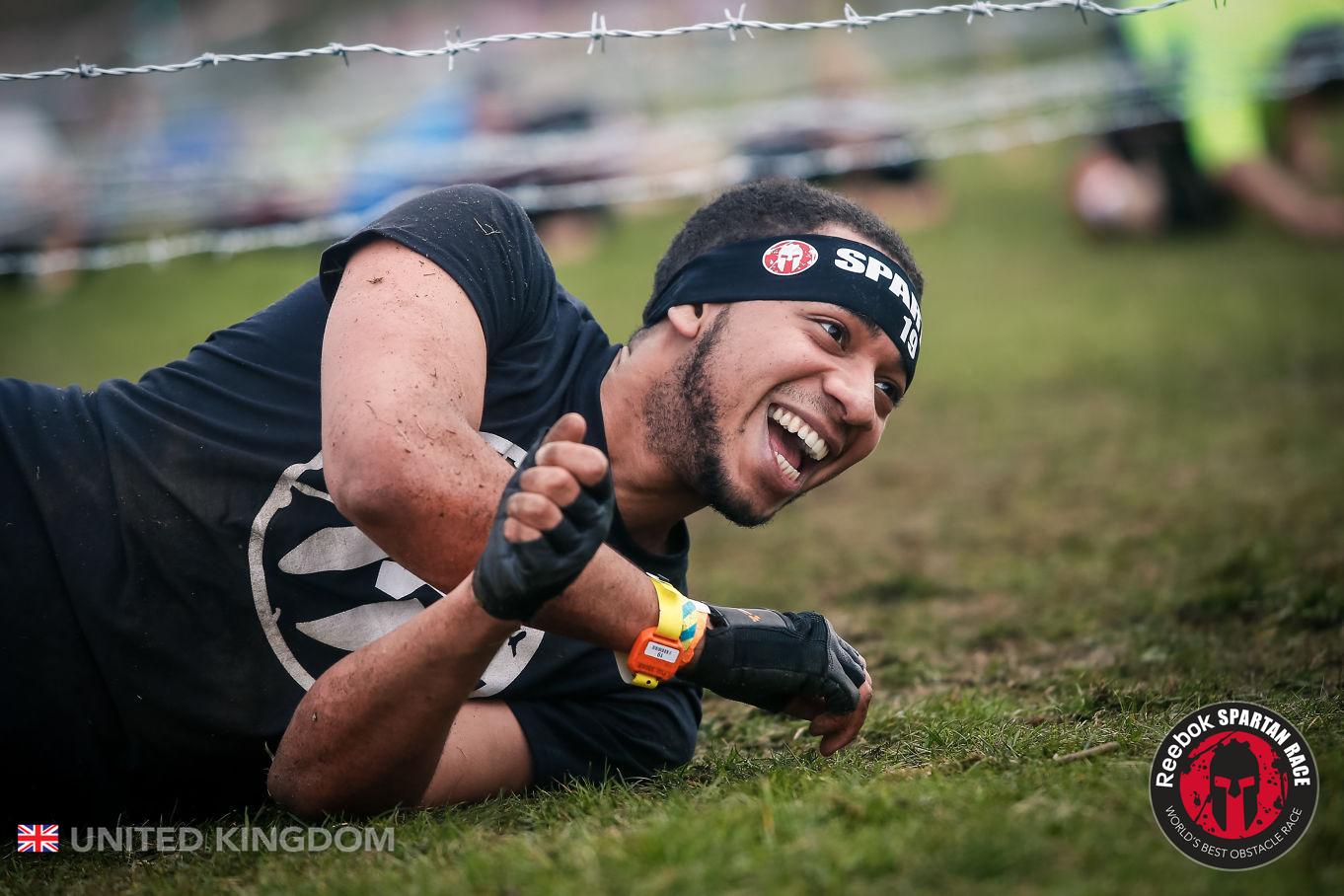 Having not done a Spartan race before I was extremely excited. Going along with a team definitely helped as that competitive nature keeps you all together. I found the obstacles fun and varied. The sections that were the toughest were probably the crawl under what seemed like 1 kilometer of barbwire (exaggerating) and the rope climb. I hadn’t climbed rope since primary school so I’m glad that I watched a tutorial the day before. Funny enough they placed it just before the end of the race (when your fatigued and ready to finish). It was all about technique at that point as my sheer strength was gone. In true Spartan tradition you finish the race with a fire jump for your winners photo (I didn’t forget to pose) and your greeted by a fantastic medal and more importantly, a can of beer!!
In the aftermath of the race, I believe I wasn’t as prepared as I could have been. Leading up to the Spartan Super on the 4th September, I know what I need to do and how to tackle nearly double the distance (cries inside). Even though I’m apprehensive, I can’t wait and will be ready to run one hell of a race later in the year.

Did you compete in the Spartan Sprint? How did you find it? Are you getting ready for the Super? Tell me your thoughts in the comments section below.